My Hat was a Hook

When I first started street painting,  many many moons ago, I would travel around to all these different cities to sit on the ground for 3 days and paint.  The result was usually a hundred or so photos that needed to be developed, an aching back, a very large and sometimes beautiful painting all created in soft pastel, and  most definitely a sunburn.

Now, while I love talking about how wonderfully velvety you can get your soft pastels to look on asphalt, the important part of that last paragraph is the sun burn.  I would sit out on the hot asphalt for hours, having the time of my life but completely forgetting to re-apply sunblock and drink water.  After a few events I learned my lesson and ended up purchasing, at random, a pink cowboy hat.  Before I continue, I must state that I have absolutely no ties to cowboy style anything.  I’m very un-cowboy-like with the exception of really liking cows, and farm animals in general.  Though I don’t believe the ‘Liking Cows’ is a pre-requisite for actual cowboys.  But on to my point…

I started wearing that pink cowboy hat to every event.  I wasn’t trying to get attention outside of my painting skills, I was just trying to keep my scalp and nose from sizzling like a sausage in the summer sun, but I quickly became synonymous with said hat.  It became my signature style and photographers loved it too (ok, they may have liked my paintings as well, but the hat always ended up in the pic :).  So there was always a festival photo and maybe newspaper article with me and my pink hat.

It’s been years since I wore that hat, and I’m pretty sure it saw it’s last days after being unavoidably squished into one too many suitcases and carry ons.  So after a while I lost my signature ‘THING’.  I did still have the pink hair but it wasn’t quite the same.

So, what was so special about that darn hat?

The hat was just a hook.

I didn’t even know it at the time, but it helped my itty bitty head pop out in a see of street painters.  It drew the photographers to me from afar, and once they ventured close enough they could see my painting was actually pretty darn good.  And it didn’t just work for photographers, it worked in general because the public would start to seek me out at different events as well.

I guess my point in all this is that we can be fantastic at something – like really good – but we still need a hook to reel people in, get them to notice us so that they really stop and ‘LOOK’ at what we’ve created.  I’m not saying create a gimmick or do something completely out of character, but just add a little sparkle to catch their eye and draw em over to what you’ve got cookin. 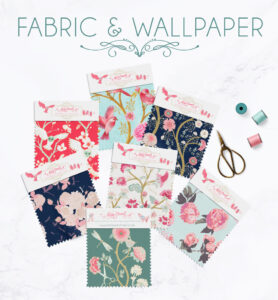 My boys brought flowers to the studio for us worki
What flowers or herbs would you include in a posy?
Sketches sketches and more sketches! Monday the pa
Is there one thing you really love to paint? I ha
It’s a little strange to send these off so quick
It’s been an amazing start to the new year! Now